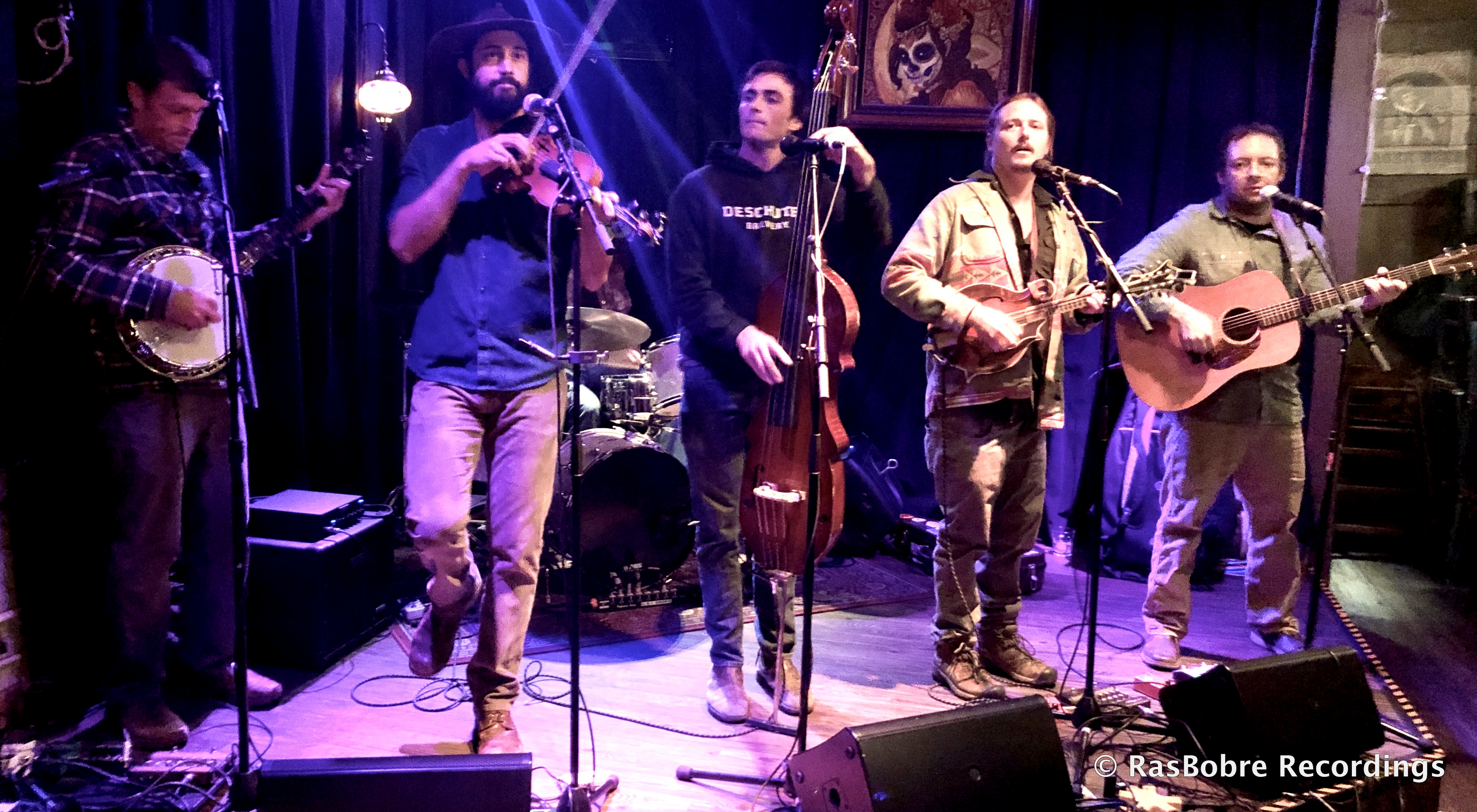 FOH/Monitors: Conrad Sisk
*** There is some bass hotness at times ***
About One Grass Two Grass;

One Grass Two Grass delivers high energy, hard driving, fun-loving, old-timey, new-timey, good-timey, rockin’ California string band music. One Grass Two Grass forges its own style of folk meets old-time, meets rock, meets bluegrass. Cushioned by a bed of old mountain tunes and a dash of stomping rock and roll, they bring strings to the times. One Grass Two Grass has performed at The Yonder Mountain String Band’s Northwest String Summit outside of Portland Oregon, they’ve headlined San Francisco’s iconic Great American Music Hall, they were a top 5 finalist for the High Sierra Music Festival Band Competition, they’ve performed on Lagunitas’ Jam-in-the-Van, and can be seen at 2018’s Hangtown Music Festival in Placerville, CA, October 25-28th hosted by Railroad Earth.   Getting their start in 2012 in the San Francisco Bay Area, there have been many highlights in One Grass Two Grass’ upward trajectory. They’ve criss crossed the western states grooving on their rhythmic brand of bluegrass music from Oregon to New Mexico, from Montana to LA and of coarse their home away from home Colorado were they’ve competed in both  The Telluride Bluegrass Festival’s and the Rockygrass Bluegrass Festival’s Band Competitions.The group has accompanied many great artists on stage, such as Larry Keel of Keller and the Keels (& Natural Bridges); Leftover Salmon’s Vince Herman; Tim Carbone of Railroad Earth; Poor Man’s Whiskey; James Nash; and John Cragie. One Grass Two Grass has opened for contemporary string bands such as Fruition, Dead Winter Carpenters, Hot Buttered Rum, The Lil’ Smokies, Danny Barnes, Grant Farm, Front Country, Mipso, Whiskey Shivers, The Last Revel, and Reverend Peyton and the Big Damn Band.

In early 2018 the band released their second full length studio album, Horizon, which is full of exciting new turns and twists in sound that the band has been developing for years.  Horizon was produced by Nat Keefe of Hot Buttered Rum and recorded to live tape at Tiny Telephone Studios in San Francisco, CA.  Jacob Groopman of Front Country helped produce 1G2G’s 2014 debut album, which catapulted the group full speed into an exciting and eventful journey.

One Grass Two Grass is sure to have you swaying with your lover, stomping with your brother, smiling with your mother, and having just a plain old good time with one another.

One Grass Two Grass is;

Recordings of Independent Origin
Folksoundomy: A Library of Sound

Uploaded by RasBobre Recordings on November 12, 2019