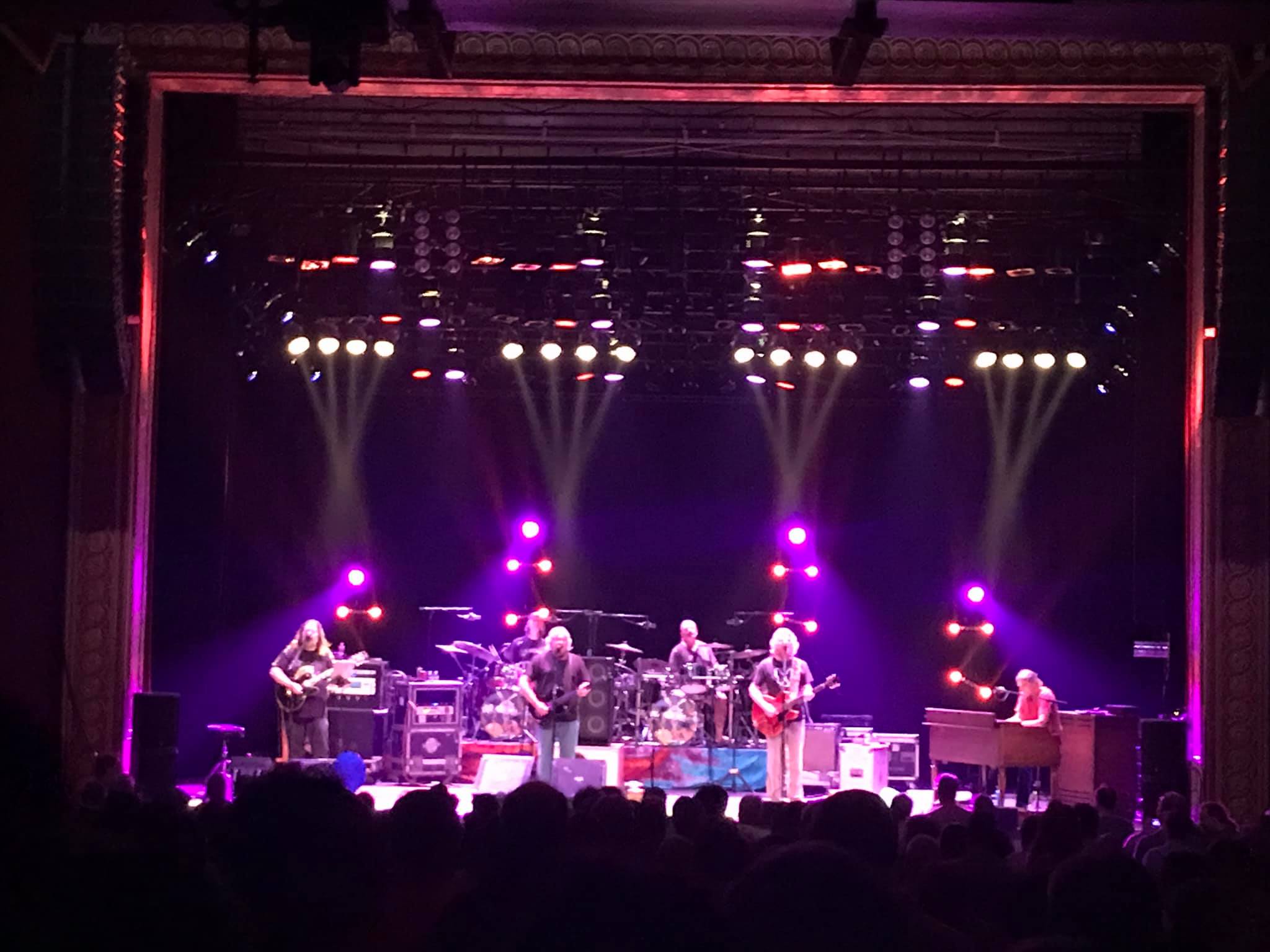 Reviewer: njtopher - favoritefavoritefavoritefavoritefavorite - August 10, 2019
Subject: Blissful Re-Creation
I knew we were in for a pre-72' show by the stage setup, but what they unleashed blew my mind in a special way. My first DSO show was back in December of 2008, at the Shea auditorium. Before that show, Rob Eaton enlightened the crowd as to the historical significance of the venue, as it was the location of the first GD concert in New Jersey, back in 1970. DSO played an elective set that night, Now I got to witness a re-creation of that 1970 GD show by DSO... and in a theater not but 15 or 20 miles from the original venue, and not but 15 minutes from my house!

Highlights for me were many. "It hurts me too" was given a very soulful reading by Rob B., and his voice was strong, as was the superb harmonica by Lisa. "Dancing in the streets" whipped me into a frenzy, especially with the tighten-up jam in the middle, and got the crowd super pumped. The "Dew" saw Jeff in fine voice, powerful when needed, and delicate when not. Even "BIODTL" as a set closer, while admittedly odd, was delivered forcefully well, and Eaton seemed like he could have taken it down the street, and around the block! It was a fitting end to a fine set.

The 2nd set was mostly seamless, with an outstanding "China>Rider" to get us back into the groove. Not as stretched out as versions that would come in later years, but a powerhouse nonetheless. "Dark Star" unfolded like a multi-faceted dream, with a long buildup to the first verse, a slow decent into near madness, then almost quiet, before returning to the original theme. "Stephen" was all it could be, and then some, working the crowd up, as we all sang along. The "NFA>GDTRFB" medley created one long dance fest, and you could practically feel the sweat in the air. I closed my eyes, let myself go, and lost several pounds in the process, before coming back to earth!

Rob B. produced the entirely appropriate encore with "Easy Wind", and he channeled Pig like no one else can. A fitting end to a spectacular show that, while short, was more than sweet. It was nectar for the soul.

My heartfelt thanks to the taper who not only captured the show quite well, but managed to get it uploaded to Archive so quickly!