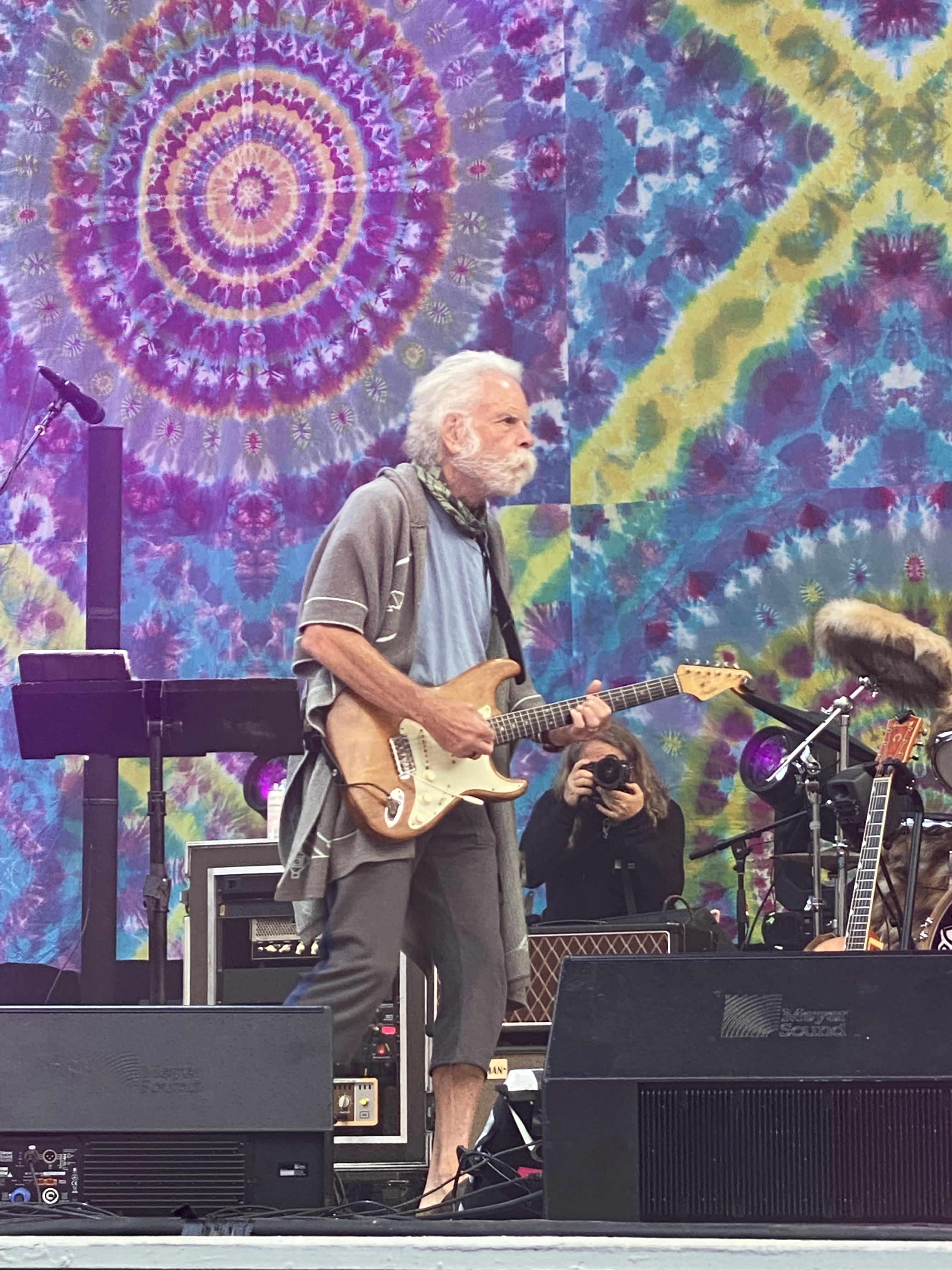 Reviewer: gordon hensley - favoritefavoritefavoritefavoritefavorite - October 17, 2021
Subject: ez 5 star show
Great band w/ huge range and nuance. Greg Leisz, horns and strings beautifully arranged in the mix. With Don Was in your band, he's also like a musical director: slick and professional. Great set 1 w/ BT Wind and new intro to WRS. Set 2 opening w/ You Win Again w/ superior Leisz pedal steel, then Scarlet, a demonstration of band's range. Real treat is the Playin'>So What>UJB>Playin' Reprise and then Estimated... GREAT stuff. Saw the 2 maiden Red Rocks shows in June which were excellent -- this show esp set 2 shows how quickly they gelled. Bob will want to try to keep this ensemble together and as he's doing a DC show at Kennedy Center in early '22 hearing rumors he may play some Broadway gigs in NYC. Jerry did Broadway -- so should Bobby. Thx to band and effort made to record and post this gem.
Reviewer: feel_like_stranger - favoritefavoritefavorite - July 26, 2021
Subject: Adam Theis on trombone
Adam Theis Bay Area avant garde jazz luminary. http://www.jazzmafia.com/adam-theis. Would not be surprised if we was the leader of the non-Wolf Bros. band/orchestra and that the other members were from his rotating Jazz Mafia members.