Search the history of over 411 billion web pages on the Internet. 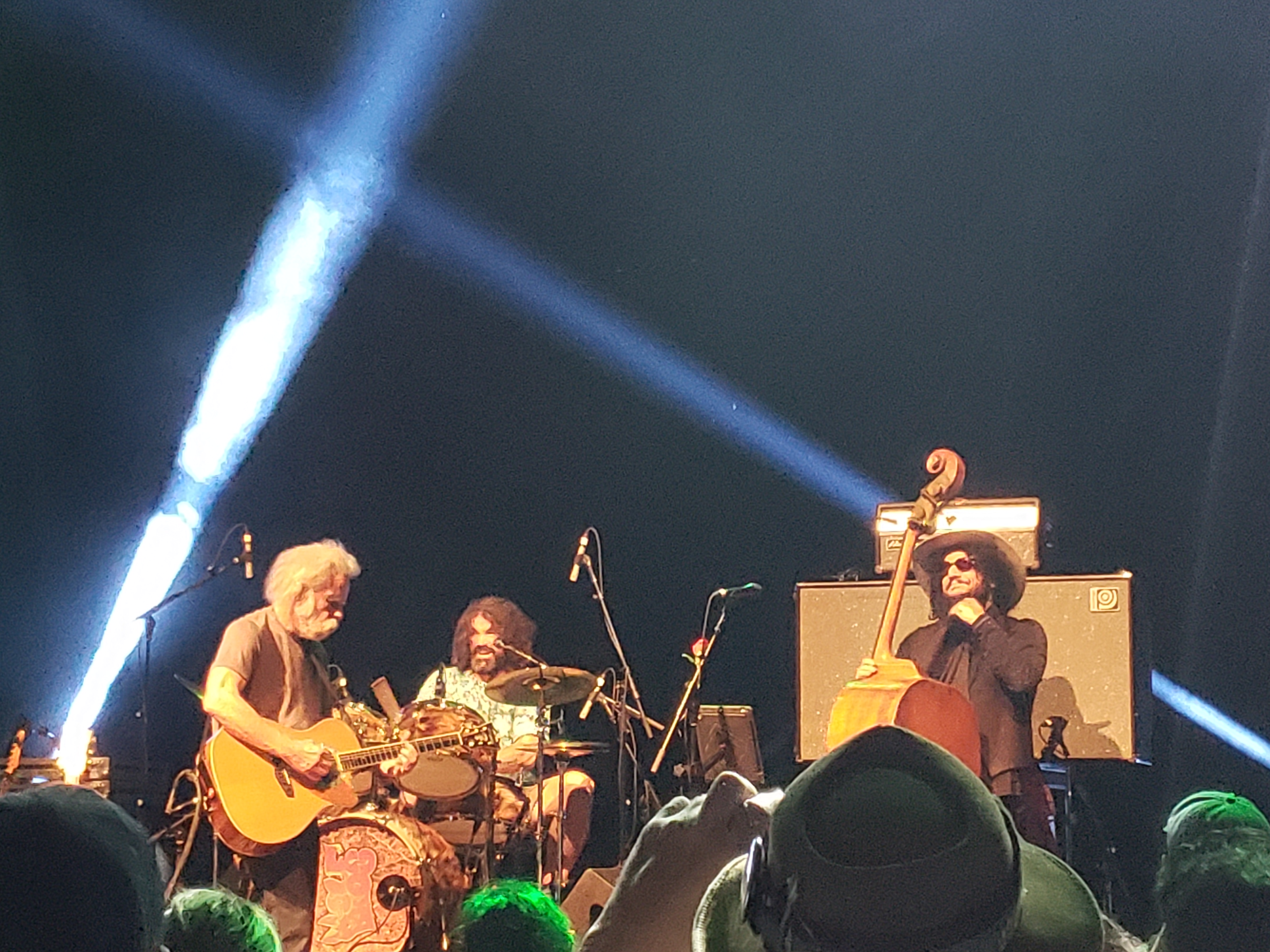 Bob Weir and Wolf Bros
2019-03-23
Bass Concert Hall
Austin, TX
Audience->Schoeps MK4-Naiant Tinybox-Sony PCM-M10-cdwav->mp3tag for tagging->Traders Little Helper->recorded by seedy
first set recorded from first balcony right side row b
second set recorded from orchestra row b in the middle
Set 1
01 Jack Straw
02 Only a River
03 El Paso
04 Queen Jane Approximately
05 Little Red Rooster
06 Shade of Grey
07 West L.A. Fadeaway
08 Loose Lucy
09 Deal
Set 2
Blackbird - missed first 15 seconds
Eyes of the World
New Speedway Boogie
I Need a Miracle->New Speedway Boogie
Eternity
The Other One
Days Between
Turn On Your Love Light
Encore
Brokedown Palace
review by Jim O'Brien
March 24 at 10:27 AM ·
Bob Weir and the Wolf Bros came to the Bass on Saturday night and in typical Bob Weir fashion they took the stage at about 45 minutes beyond the 7:30 scheduled start time opening with a serviceable "Jack Straw" that got the crowd up and singing. He immediately went to "Only A River" which put the crowd right back into their seats. The set would plot along like that with high spots and low spots. The idea of Weir leading a trio seemed like a big reach on his part when I first heard, but I was pleasantly surprised. Those three guys can make a racket. A nice loud racket. "El Paso" got everyone up again... while not a dance tune per se, it is a sing-a-long and in Texas it's a really loud sing-a-long. "Queen Jane" was solid but lit no fires and "Little Red Rooster" gave me the excuse to slip out for refreshments... I've never been a fan of Weir on slide and at times it can be flat out painful. I'm pleased to say that he's gotten better. "Shade of Grey" had every one seated once again. Bob then turned up the heat. The last three tunes "West LA Fadeaway", "Loose Lucy" and "Deal" one after the other had the crowd up and roaring.
Set Break
Bob opening the second set with McCartney's "Blackbird" was elegant, his playing, sublime. Much like in the NFL after a halftime, this was a different team than the one we saw in the first half. "Eyes Of The World> New Speedway Boogie> I Need a Miracle> New Speedway Reprise". They were bringing their "A" game and it was joyous. Smiles for miles and asses shakin' and then, the ever appropriately named "Eternity". I've never understood the purpose of this song. It's not really one you can sing along with and it's odd tempo makes it difficult to get any rhythm going which makes it seem to just go on and on. Bob then shifted gears by transitioning directly into "The Other One", a trusty good ol' Grateful Dead favorite. Bob's foray into sacred territory came next. "Days Between" is a cherished deep second set Garcia ballad. It's a tune that Jerry could deliver directly to your heart and your heart alone while you're standing in a crowd of 30,000. Damned if Bob doesn't pull it off. For me it was possibly the most impressive feat of the evening. He took possession of the tune, handling it like a delicate thing. It was well done and left us all swaying as it rolled on. "Lovelight" was next. It started off the way they all do, with knees bending and heads bobbing but then something happened. It transformed into church. We were in church and we were the choir and it was raucous. No one wanted it to end. Bob had everyone in the palm of his hand and he was leading us down a golden road. As a performer it was as strong and as crafty a performance as you could hope for and Bob was beaming. He had us and he knew it and then just as quickly it was over. Life is fleeting like that. The encore was coming and everyone got ready for "One More Saturday Night" only it didn't come. Bob strapped on the acoustic and led everyone in a beautiful "Brokedown Palace". It's a tune that lovingly says; "I love you" and "goodbye" as it wishes you well, it was a fitting ending. I've been watching Bob Weir perform since the early 70's. I've seen him in practically every configuration he's ever played in. Bob has always had players around him that could carry water. Last night it was all on Bob. He was front and center, no keyboards, no rhythm guitarist. Just bass and drums. Granted it's Don Was and Jay Lane respectively but it's all on Bob to deliver the goods. He does that here and he does it in a deliberate and thoughtful manner. "Bobby the Kid" is now in his 70's. He's been a rock star since he was 17, it's the only life he's ever known. He's an icon and he's still challenging himself. It would have been easy to just put together a nice five piece combo and hit the road until Dead & Co started up the big cash cow but instead; in his 54th year of being a rock star, he's putting himself out there like he's never done before. I hope you get a chance to see what I saw last night. It'll be good for you, it'll be good for Bob.